Paolo Zacchia on Abortion and the Unborn in 17th Century Italy 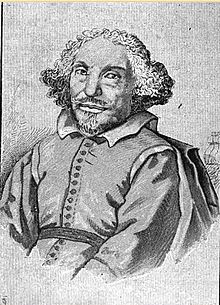 Paola Zacchia (1584-1659)  was a well-respected Roman medical expert. Three times he was named Proto-physician – 1638, 1658 and 1659.  He was effectively the “Surgeon-General” of the Holy See, supervising all things medical in the papal states. Between 1621 and 1650 he published his most famous work Quaestiones Medico-Legales, a compendium of medical-legal knowledge, covering a vast array of subjects. It was published in three tomes that in total contained nine books. It as a mammoth work of reference, and as soon as the first book was published in 1621, it was an international best-seller—translated into a number of languages and re-printed in several editions right into the eighteenth century. It has earned him the title of Father of Forensic Medicine.

This background information is important to know, because his words would be highly influential on a host of subjects, including abortion.

I was able to get a copy of a contemporary French translation of Book 6: Questions medico-légales: Des fautes médicales sanctionnées par la loi (2006, edited by Laurent Lauger.)

Under Question 7,  he in relation to doctors who prescribe abortive medicine “Nobody is ignorant of how serious that sin is.” He says that Aristotle favored abortion to eliminate excess male children, and Hippocrates performed an abortion on a servant. However, both human and divine laws now prohibited it.

Nevertheless, he says, there persists a doubt as to whether it is permissible to expel a fetus with medicine to treat a disease, especially a lethal one. As is his wont, he cites the various opinions on this point from numerous writers.   One opinion that he addresses at length, is the argument that it is permissible to abort either very early in the pregnancy when the fetus is not animated, or late in the pregnancy when there is a chance for the fetus to survive. He suggests that he would be favorable for an early termination of a pregnancy of a viable fetus, except that the drugs given for abortion are so powerful that they violently act on both mother and child. There is little guarantee it would save the mother. And the later the pregnancy, the stronger the dose required, and the abortion would consequently even more violent. As far as the early fetus is concerned, nothing can really be known about him, and in any case it is thought that he is conceived three days after conception.

For the correct answer on the larger issue of treating a pregnant woman with a serious health issue, he cites the Constitutions of Pope Sixtus V: it is never acceptable to directly provoke abortion, even if the mother is in danger. However it is acceptable to indirectly provoke abortion if it is independent of the physician's will.  It is acceptable to provide the medication she needs to treat a disease even if it is known that the treatment could provoke an abortion. The use of dilation, clysters and blood-letting are acceptable. However, these treatments should be administered in such a fashion as to try to save the fetus if possible. In sum, Pope Sixtus V agrees with the theory of double effect.

In Question 12, Zacchia enumerates all the types of errors committed by midwives, including errors against the fetus. It is interesting to note that in Zacchia, a baby is called a fetus even when he is born. For instance, in paragraph 7 he says sometimes fetuses who are born are not wanted by their parents, and that midwives sometimes ask the parents if they want their fetuses strangled with their umbilical cord. He says that sometimes women wish to give birth secretly and midwives kill the fetuses at the “entry or the exit (?)” of the uterus. (“à l’entrée ou à la sortie” de l’utérus.) These are crimes that must be punished.

He also says that midwives should be required to swear never to counsel abortion and to provide emergency baptism when necessary.

What is interesting about these passages is how the unborn are naturally treated as persons . Killing them is a homicide. Baptism must be provided. Midwives commit errors against them by using magic to speed up delivery. The distinction between fetus and newborn is not made. They are effectively the same thing.

I think that Zacchia’s book reinforced the tendency among institutions to view the unborn as human beings. I say “institutions” because the belief that the unborn were not animated until 40 days after conception or until quickening—was still widespread among the populace. The notion that the unborn were animated from the third day (or conception) was only developed in the 1620’s and Zacchiawas a major propagator of this idea. But the latest research did not necessarily reach the people as they mostly lived in an oral culture; and even the literate did not read anything so academic as a medical text.